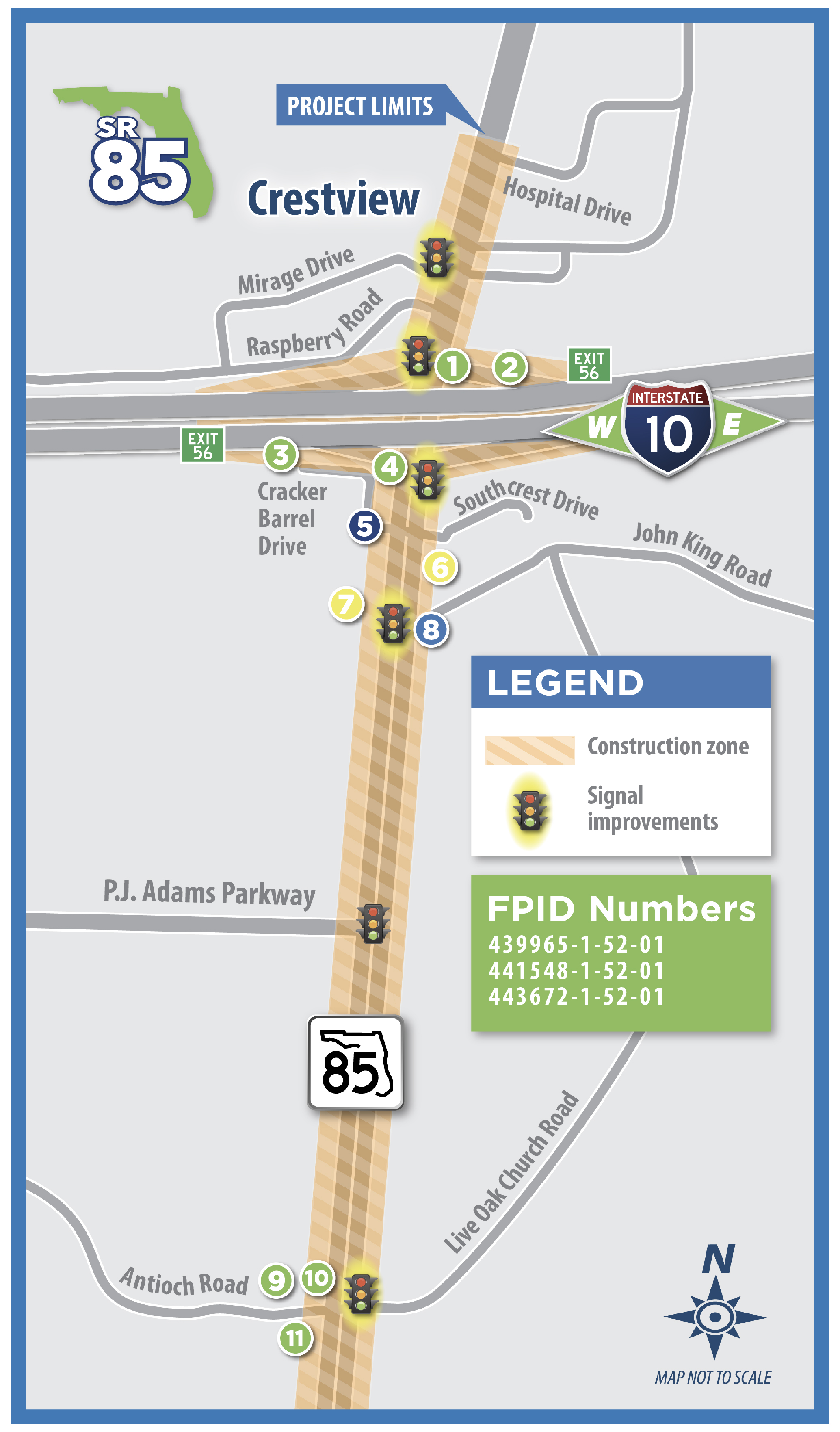 Construction is set to begin on the $25 million construction project to resurface and improve an 11-mile section of State Road (S.R.) 85, between S.R. 123 and Hospital Drive. The project also includes improvements at the S.R. 85/I-10 interchange and access management upgrades at key turn lanes, side streets, driveways, and median openings.

During construction there will be periodic lane closures, lane shifts, and temporary changes in the traffic pattern. The project is estimated to be complete in mid-2023.

• Milling and resurfacing throughout the project limits.

o John King Road: Improvements to be made by Okaloosa County during project construction timeline.

o Cracker Barrel Drive/Southcrest Drive: New directional median opening. Left turns are permitted from S.R. 85 to access the side streets, however, side street traffic will be restricted to right turn only (no median crossing).

• Improving the I-10/S.R. 85 interchange to increase capacity, traffic flow and safety. Improvements include:

o Adding a second left turn lane for the I-10 westbound off-ramp to access S.R. 85 southbound.

o Widening the I-10 eastbound off-ramp to include a “free flow” right turn lane to S.R. 85 southbound.

o New retaining wall beneath the overpass to accommodate the widening.

• Signalization upgrades at each of these five signalized intersections: